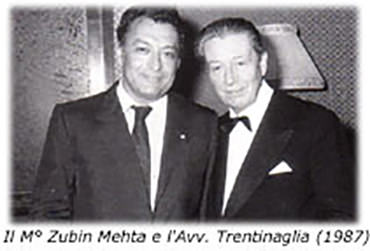 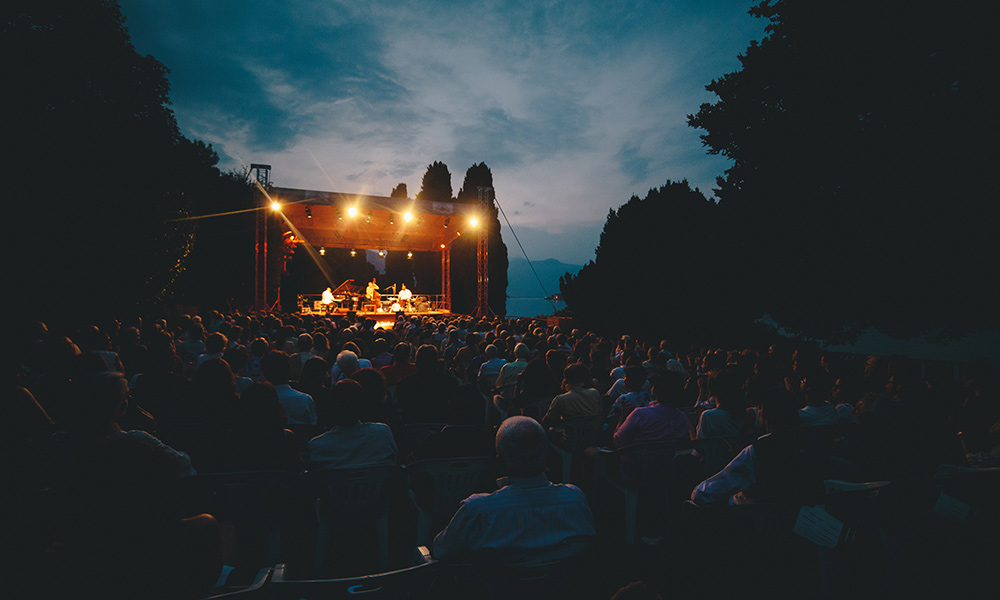 The Festival Settimane Musicali di Stresa was founded in 1961 by the Venetian lawyer Italo Trentinaglia de Daverio inspired by his great love of music rather than by any personal interest. He grew up in a musical environment: his father, Erardo, was General Director of the Teatro alla Scala di Milano, General Manager of the Teatro La Fenice in Venice as well as a prolific composer.
The Trentinaglia family owned a villa in Stresa and often gave hospitality to musical personalities such as Umberto Giordano and Arturo Toscanini who, together with Victor de Sabata, was one of their most frequent guests. They were all enchanted by the natural beauty and quiet quality of life they found in Stresa, as Stendhal and Wagner had been before them. It was during one of his stays at the villa in the autumn of 1961, that Mr Trentinaglia came up with the idea to create an annual event that would set Stresa on the international musical map.

On August 27th 1962, the Settimane Musicali di Stresa were inaugurated with a concert given by the Orchestra del Teatro alla Scala conducted by Nino Sanzogno. Since that day, some of the world’s most important musicians participated in the Festival.
In addition to the great artists who regularly collaborate with the festival, inviting young musicians winners of various international competitions to perform at the festival is an initiative the festival has particularly at heart. Some of these new talents have become leading musicians of our time, such as Michele Campanella, Garick Ohlsson, Christoph Eschenbach, Murray Perahia, Jeffrey Swann and, more recently, Andrea Lucchesini, Maurizio Zanini and Nikolaj Znaider.Besides the leading instrumental competitions, Placido Domingo’s “Operalia” competition has also joined the list of collaborating organisations.

The Settimane Musicali di Stresa are a member of the European Festivals Association and, in 1982, Stresa was the venue of the Annual General Assembly.

Initially held at the Conference Hall in Stresa, in the marvellous Tapestry Hall of Isola Bella and at the Loggia del Cashmere in the gardens of Isola Madre, generously bestowed by Prince and Princess Borromeo, the Festival has progressively widened its horizons by including new and historical venues, combining music with art, culture and the most evocative locations of the area.

Since 1999, the name of the Festival has been modified to Settimane Musicali di Stresa e del Lago Maggiore; among the new venues stands out the magical Hermitage Santa Caterina del Sasso where every year J.S. Bach’s Suite for solo cello are performed by a different musician. Other new venues are the auditorium “La Fabbrica” in Villadossola, the Visconteo Castle in Vogogna, the Borromeo Castle in Angera, Villa Ponti in Arona, The Chiesa Madonna di Campagna and Villa San Remigio in Verbania, the Chiesa Vecchia in Belgirate and the Basilica San Giulio in Orta.

Since June 2000 the Festival has a new Artistic Director: Gianandrea Noseda, who has earned in a very short time an international reputation as an outstanding conductor.

The presence at the Festival of symphonic and chamber orchestras, conductors and soloists, be they emerging talents or of international renown ensure the continuation along the tracks that were laid out more than thirty years ago.

(Historical information have been taken from the book “30 years of International Festivals” by Giuseppe Pugliese).

Vocal recitals have been performed by international stars ranging from Dietrich Fischer Dieskau to Elisabeth Schwarzkopf, from Gundula Janowitz to Teresa Berganza, from Hermann Prey to Christa Ludwig, from Nikolai Gedda to Eva Marton.

DISCOVER THE HISTORY OF THE FESTIVAL
Scroll up