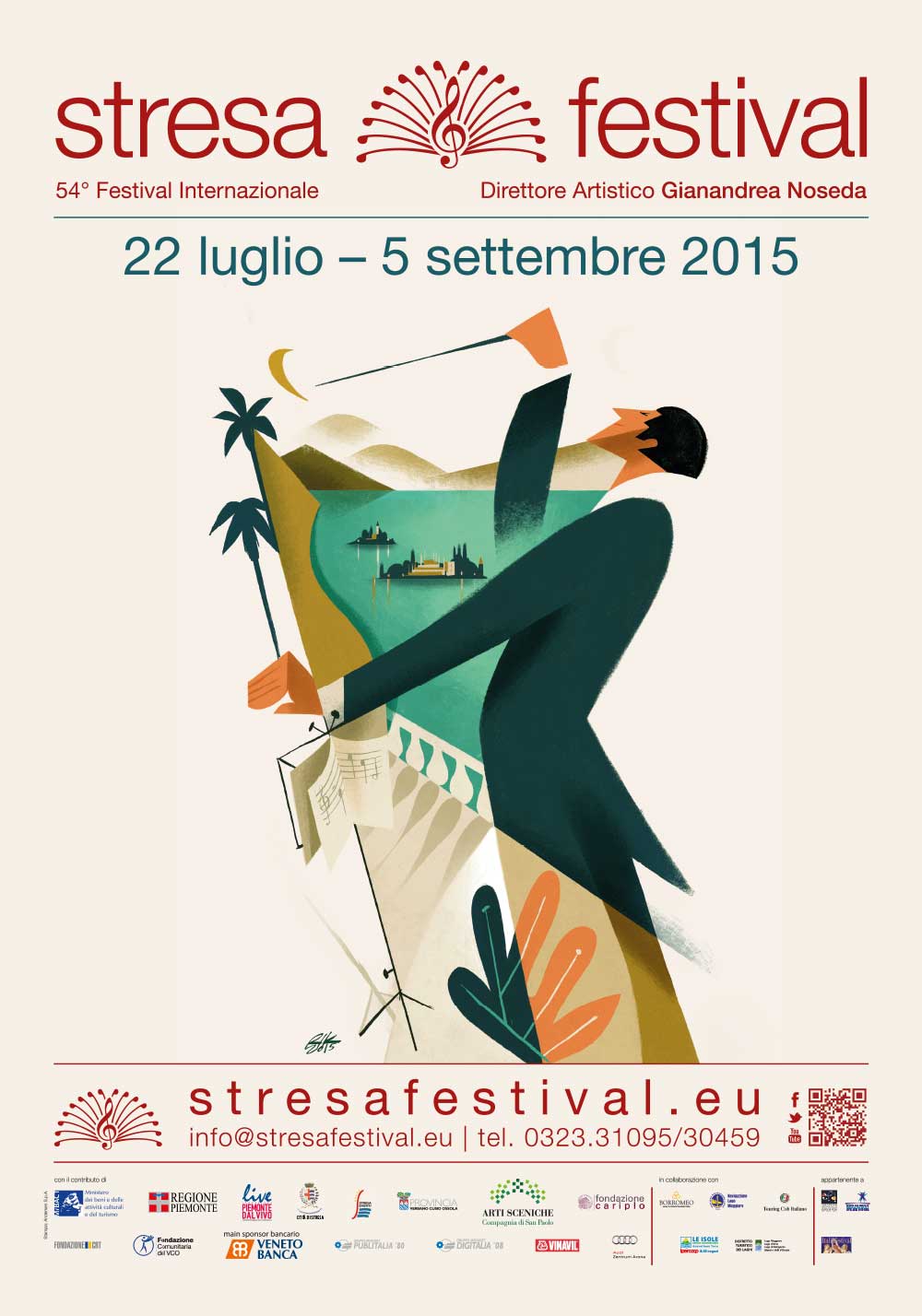 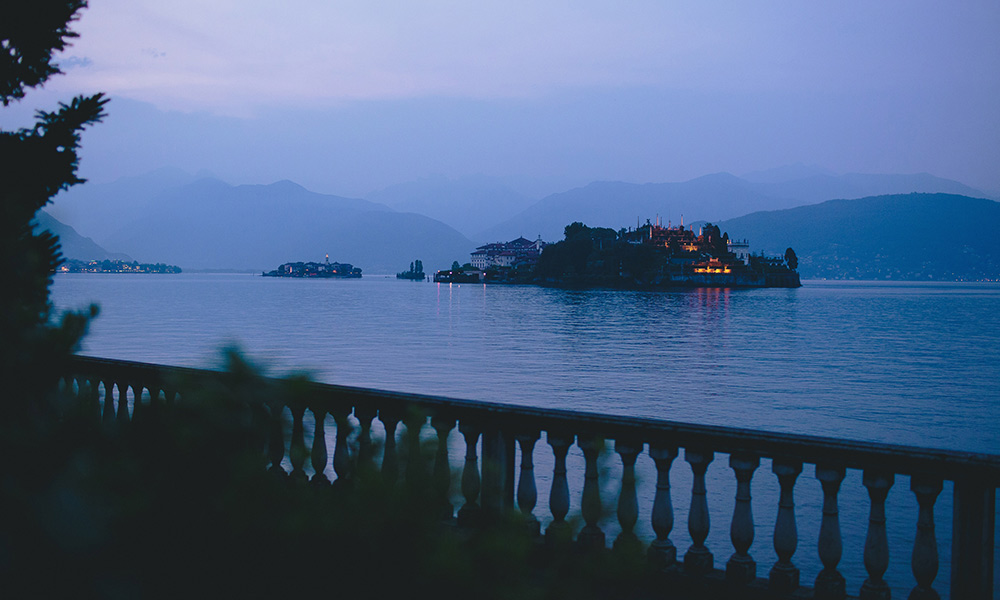 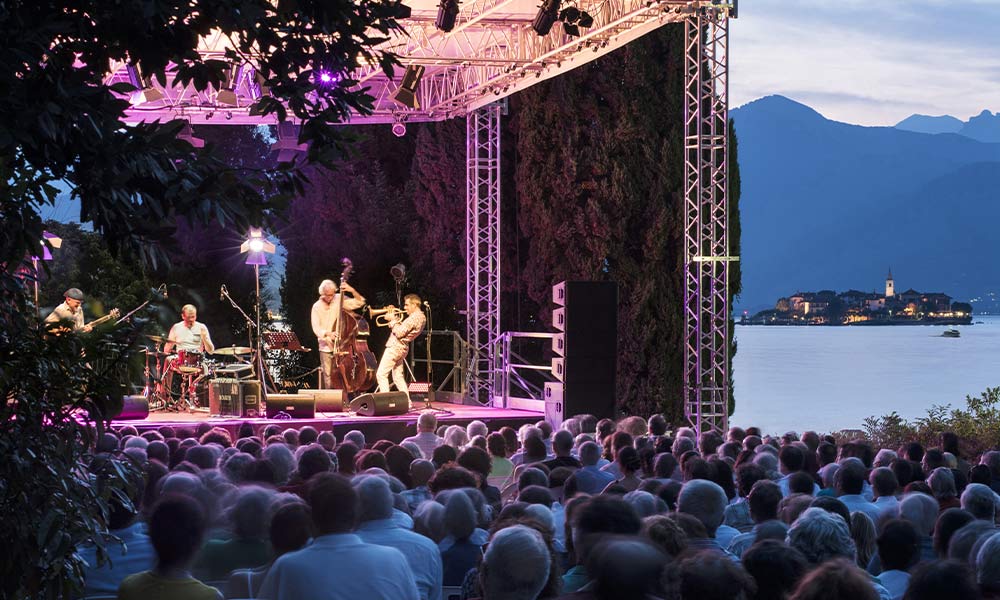 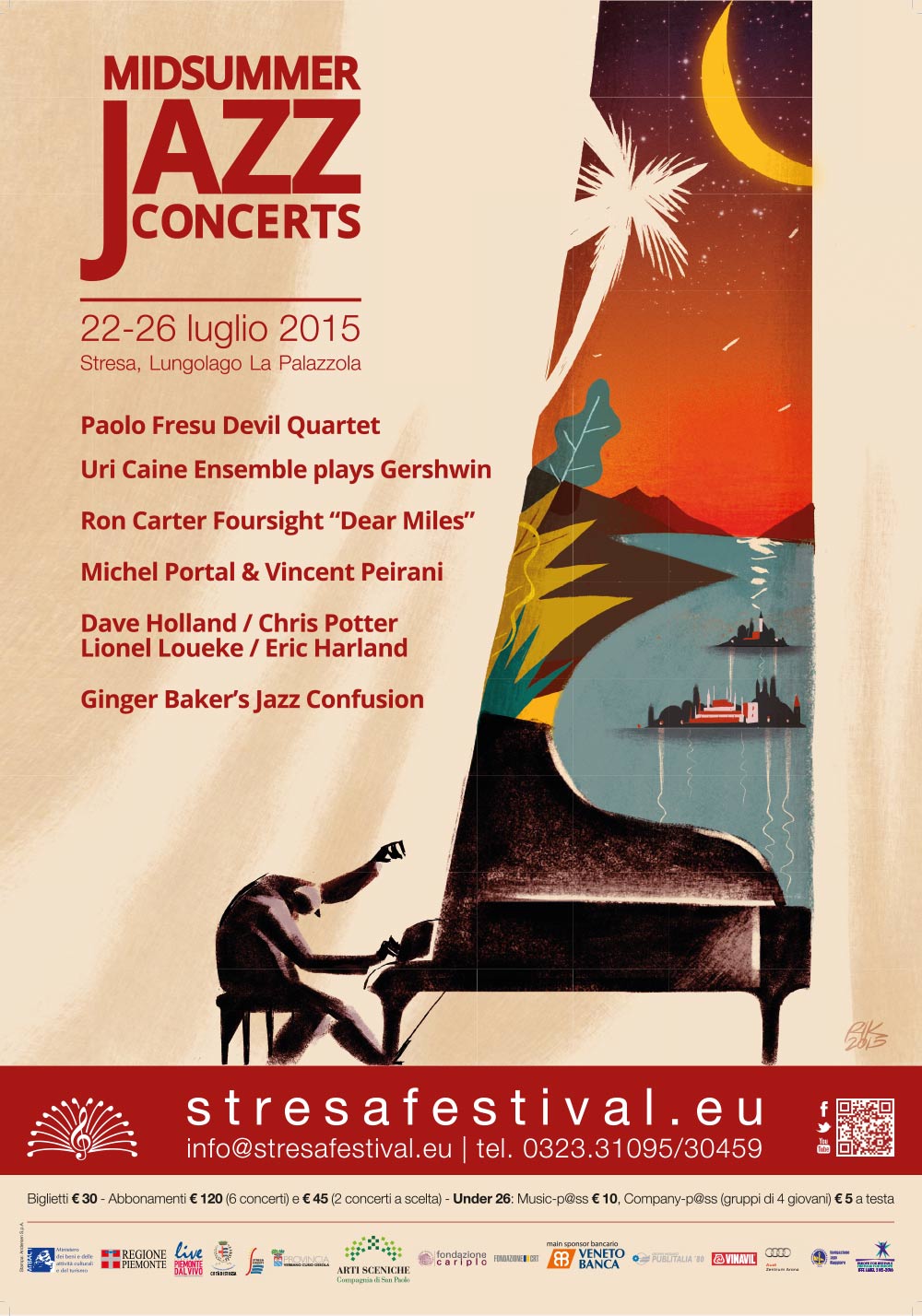 The 2015 Settimane Musicali di Stresa e del Lago Maggiore – the Stresa Festival – is about to start, with 24 not-to-be-missed concerts on the banks of stunning Lake Maggiore and its magnificent surroundings. The 54th Stresa Festival opens with the fourth edition of the Midsummer Jazz Concerts, which will be held from July 22 to 26 on the Lungolago La Palazzola promenade in Stresa, a natural open-air lakeside venue looking out toward the Borromeo Islands.

The first concert, on Wednesday 22 July, marks the return to Stresa of the eclectic trumpeter Paolo Fresu, backed by his Devil Quartet. Thursday 23 July will welcome back another popular musician, the American pianist Uri Caine, with a project dedicated to Gershwin’s Rhapsody in Blue. Ron Carter’s Quartet will play on Friday 24 July, the Dave Holland Quartet on Saturday 25 July and Ginger Baker’s Jazz Confusion on Sunday 26 July. The Saturday afternoon concert on 5 July will combine two artists a couple of generations apart, Michel Portal – a multifaceted musician, and the accordion-player Vincent Peirani.

The Stresa Festival will then take off again on August 18 with Musical Meditations, when Bach’s Six Cello Suites will be played at the marvellous Santa Caterina del Sasso hermitage. The solo cellist this year is the German Jan Vogler. On 20 August the violinist Federico Guglielmo will be partnered by Andrea Coen on the fortepiano at the Chiesa Vecchia in Belgirate.

The Festival, whose 2015 title is Open, starts on Saturday 22 August and runs to Saturday 5 September. This is intended to inspire new openings – to hope, to youth, to diversity, surprise, creativity… The concerts span widely, from renaissance music to a world première, with multimedial interactions and a close focus on performers and groups of recent generations. The common denominator of the Festival is high artistic quality, projecting itself toward all of today’s possibilities, while continuing half a century of tradition.

The inaugural concert this season, on 22 August, will bring the European Union Youth Orchestra‘s young musicians under the baton of Gianandrea Noseda. Their program offers a selection of Verdi’s arias fro his operas I masnadieri, Luisa Miller and Il corsaro, with the splendid voice of the soprano Erika Grimaldi. This will be followed up by Mahler’s Fifth Symphony.

Saturday 29 August another grand orchestra, the Wiener Symphoniker conducted by Philippe Jordan will play Schubert’s Ninth Symphony, sometimes referred to as ‘The Great’, and Brahms’ Concerto for violin and orchestra, with the violinist Nikolaj Znaider. On Wednesday 2 September we shall hear Ottavio Dantone conducting the Accademia Bizantina performing Bach’s Brandenburg Concertos.

The closing concert, on 5 September in Stresa’s Palacongressi, will be in the hands of Gianandrea Noseda once more, conducting the Orchestra and Chorus Teatro Regio Torino with Roman Simovic as violin soloist and the mezzosoprano Anna Maria Chiuri. Their program will start with Shostakovich’s Ninth Symphony, followed by Prokofiev’s Concerto no. 1 for violin and the Cantata Alexander Nevsky. Extracts of Eisenstein’s film of the same name will be shown during the Cantata.

On 30 August Bach’s Sonatas and Partitas for violin solo will be back on stage, this time played by Stefano Montanari, in the elegant setting of Villa Ponti in Arona. For the Beethoven Cycle two acclaimed Italian musicians, Mario Brunello and Andrea Lucchesini, will play the composer’s Sonatas for cello and piano in two evenings in Palazzo Borromeo on the Isola Bella (1 and 3 September).

On Thursday 27 August a special performance will be dedicated to Oskar Schlemmer. Scenography designed by him specially in the 1920s to accompany Stravinsky’s Renard and Les Noces will be projected over the music. The designs for the ballet Les Noces were presented for the very first time during the 2005 Stresa Festival and now, ten years later, they are re-proposed, with some new additions. The scenography and costumes for Renard are being shown for the very first time – a world première! Works by Bartók and Cage complete the evening’s program. On stage will be the Ars Cantica Choir and Stresa Festival Ensemble, with no less than four pianists – Cristina Biagini, Marco Marzocchi, Francesco Buccarella and Monaldo Braconi, backed by Tetraktis Percussioni. Francesco Ivan Ciampa will be conducting.

Tuesday 25 August will see another world première, La Regina con i Capelli d’Oro [The Queen with Golden Hair], a work by the contemporary composer Brian Richard Earl based on a libretto by Lorenza Cantini. Singers are Aya Wakizono (mezzosoprano) and Leonardo Cortellazzi (tenor), the narrator Michele Nani, and the Stresa Festival Ensemble will be conducted by Roberto Fores Veses.

The Festival’s audiences will be entertained by many other exceptional ensembles and soloists. The Quintetto Sinfonico di Vienna will play in the Loggia del Cashmere on the Isola Madre on 23 August, the Quartetto di Cremona in the monumental Chiesa Madonna di Campagna in Verbania on 24 August; the Ensemble Pian & Forte conducted by their organist Antonio Frigé will perform in the St. Ambrogio Church in Stresa on 26 August, the Quintetto Papageno in the Castello Visconteo in Vogogna on 28 August, and the violin duo, Gabriele Pieranunzi and Marco Rizzi, in the Rocca Borromeo in Angera on 4 September.

This year the Stresa Festival will be included in the programs of RAI 3, the Italian radio culture channel. Several concerts will be recorded during the season and transmitted later.

An important facility has been confirmed for young music-lovers attending the Stresa concerts: a project financed by the Fondazione Comunitaria del VCO will allow people under 26 free entry to four of the Festival’s events – on 20, 24, 26 August and 2 September. For all the other concerts they will be able to buy a Music-p@ss at €10 or a Company-p@ss at €5 per person in groups of at least four.

Next project
Scroll up