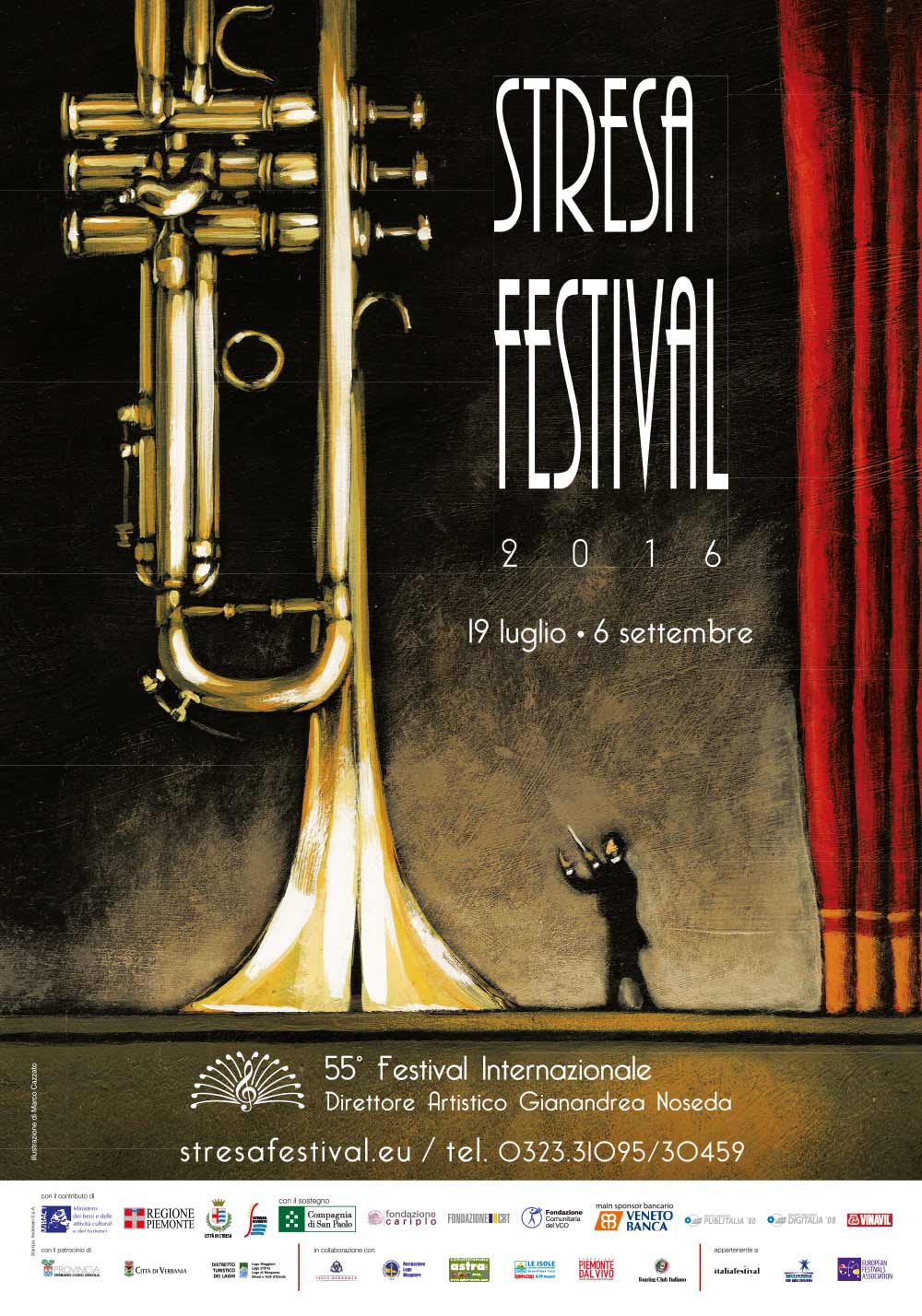 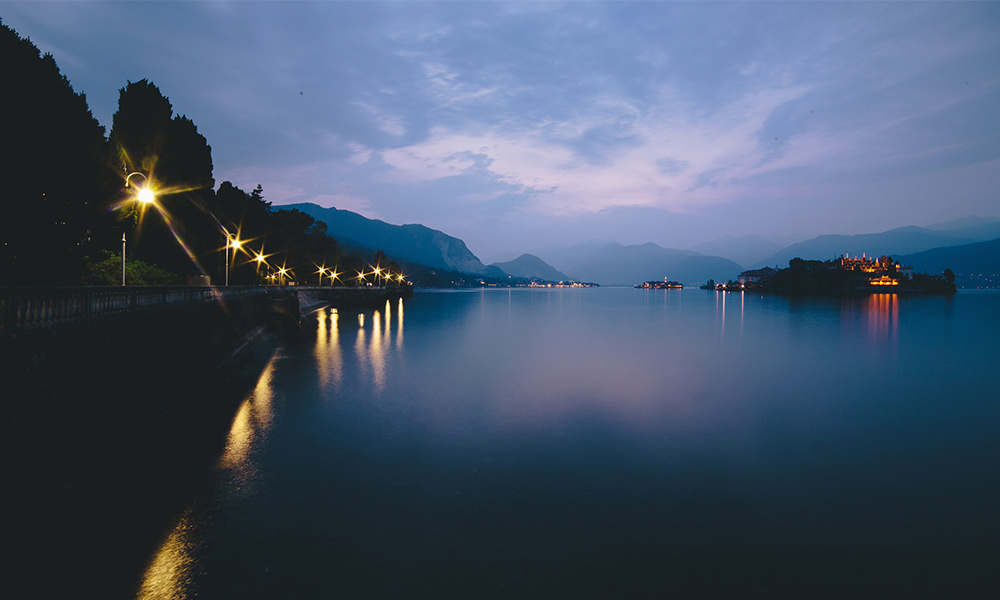 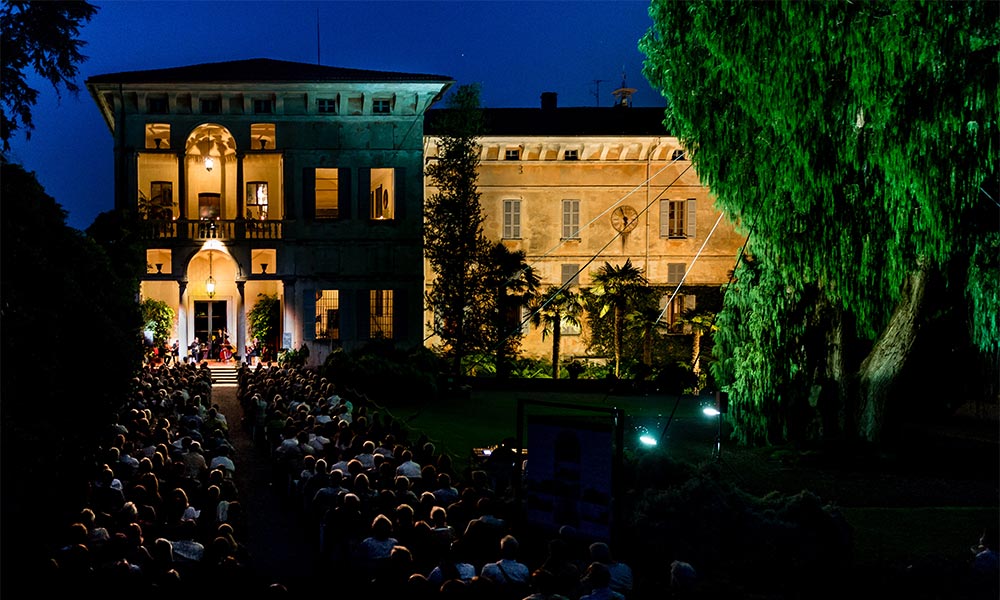 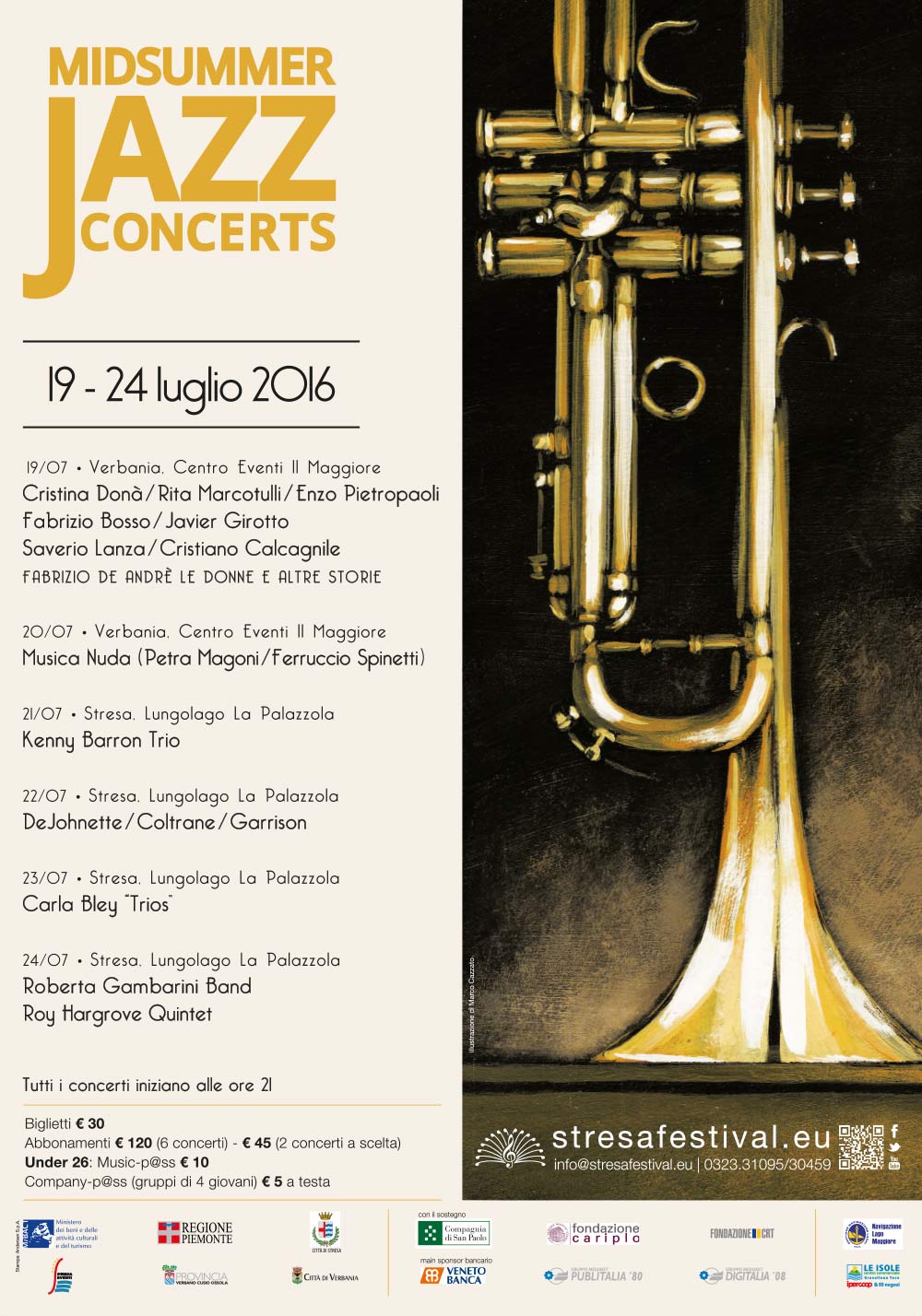 The 55th edition of the Stresa Festival offers a whole new series of events along the banks of Lake Maggiore. The 24 concerts organized by the Settimane Musicali di Stresa e del Lago Maggiore for summer 2016 will, as usual, be held in exclusives sites in and around Stresa.

Building Bridges is how Gianandrea Noseda, the Artistic Director, has named this year’s season, saying: “Today as always – or possibly more than ever – it is vital to seek links between different cultures, traditions, and religions […]. Understanding oneself and interest in others are the building blocks of a mature, aware civil society. Building bridges instead of walls must be our goal and music, with its language without borders, can help us succeed”.

From 23 August to 6 September a series of stars will be ‘on stage’. The inaugural concert on 23 August will feature a piano duo, Katia and Marielle Labèque, in the first of four appointments at the Convention Centre in Stresa, to be followed later in the Festival by three major orchestras: the London Symphony Orchestra and the Filarmonica Teatro Regio di Torino, both conducted by Gianandrea Noseda, and the Rotterdam Philharmonic Orchestra, with Renaud Capuçon and Gautier Capuçon as soloists, conducted by Yannick Nézet-Séguin.

A dialogue of spiritual music from the three monotheistic religions is the theme of the Mare nostrum concert, where Jordi Savall will play and conduct the Hesperion XXI ensemble in the new Centro Eventi Il Maggiore in Verbania. The Festival is visiting the multimedial scene once more this year, with a video scenography by Guido Fiorato during the performance of Stravinsky’s Le Rossignol. Stefano Monti’s figure theater will be on stage at the opening evening and during the concert Ashes, Duse and the Silent Art, when a 1916 silent film will be shown, starring Eleonora Duse. This year’s first world performance will celebrate the 400 years since the death of William Shakespeare, and was commissioned by the Stresa Festival from Carlo Boccadoro, to a libretto by Cecilia Ligorio. The cast of this work, Behind the Door, will be two sopranos Alda Caiello and Giulia Peri, and a mezzosoprano Gabriella Sborgi, accompanied by the Stresa Festival Ensemble.

Once again this year we shall have the pleasure of visiting the Borromeo Islands – an evocative backdrop to our music. In the garden facing the Loggia del Cashmere on the Isola Madre Richard Galliano, Guido Rimonda and the Camerata Ducale will play music by di J.S. Bach, Galliano, Gardel, Vivaldi, Piazzolla; the Salone degli Arazzi in the magnificent Palace on the Isola Bella will house a piano concert where Christian Zacharias will play pieces by Schumann and Chopin. A couple of days later, the soprano Malin Hartelius, with the Quartetto Gringolts, will perform music by Haydn, Respighi, Beethoven and Schumann.

The Festival’s audiences will have the privilege of hearing various other outstanding soloists and ensembles. Lincoln Almada and Evangelina Mascardi will offer Danze e improvvisazioni tra Spagna e Sudamerica in the ancient Rocca Borromeo high above Angera. Our yearly appointment with J.S. Bach’s Sonate e Partite will be in the hands of the violinist James Ehnes in two concerts in the church at the Collegio Rosmini. More Bach, in another church, will be provided by Enrico Gatti on the violin and Rinaldo Alessandrini on the harpsichord, with a program they have called Crossdressing Bach, in the Church of  S. Ambrogio. Seong-Jin Cho, the young winner of the Fryderyk Chopin International Piano Competition, Warsaw 2015, will propose pieces by Berg, Schubert and Chopin in Villa Ponti in Arona.

As our traditional prologue to Meditations in Music, on 26 and 27 July, Bach’s Suites for violoncello solo will be played by Enrico Bronzi, in the captivating atmosphere of the Eremo di Santa Caterina del Sasso at Leggiuno, and on 28 July  we shall be treated to a concert by the Quartetto Noûs in the Chiesa Vecchia in Belgirate.

The fifth edition of the Midsummer Jazz Concerts runs from 19 to 24 July 2016. The six concerts, which are part of the Stresa Festival, will once again be held mostly along the Lake Maggiore, in the Promenade La Palazzola, an open-air enclosure overlooking the Borromeo Islands. As a novelty, however, we shall hold the first two concerts in the newly opened Centro Eventi Il Maggiore in Verbania.

The Festival is once again confirming its commitment to young people: those under 26 will be eligible for reduced prices to all the concerts, with either Music P@ss or the Company P@ss (€10 and €5 per person). In addition, a project backed by the VCO Community Foundation (Fondazione Comunitaria del VCO) will allow them to attend four events, free of charge (concerts on 28/07, 26/08, 28/08 and 3/09).

2016 is the second year of a three-year project for the donation of instruments to pupils attending music classes in the VCO (the local region).

This year the Compagnia di San Paolo has selected the Associazione Settimane Musicali di Stresa as an example of excellence in the field of live entertainment.