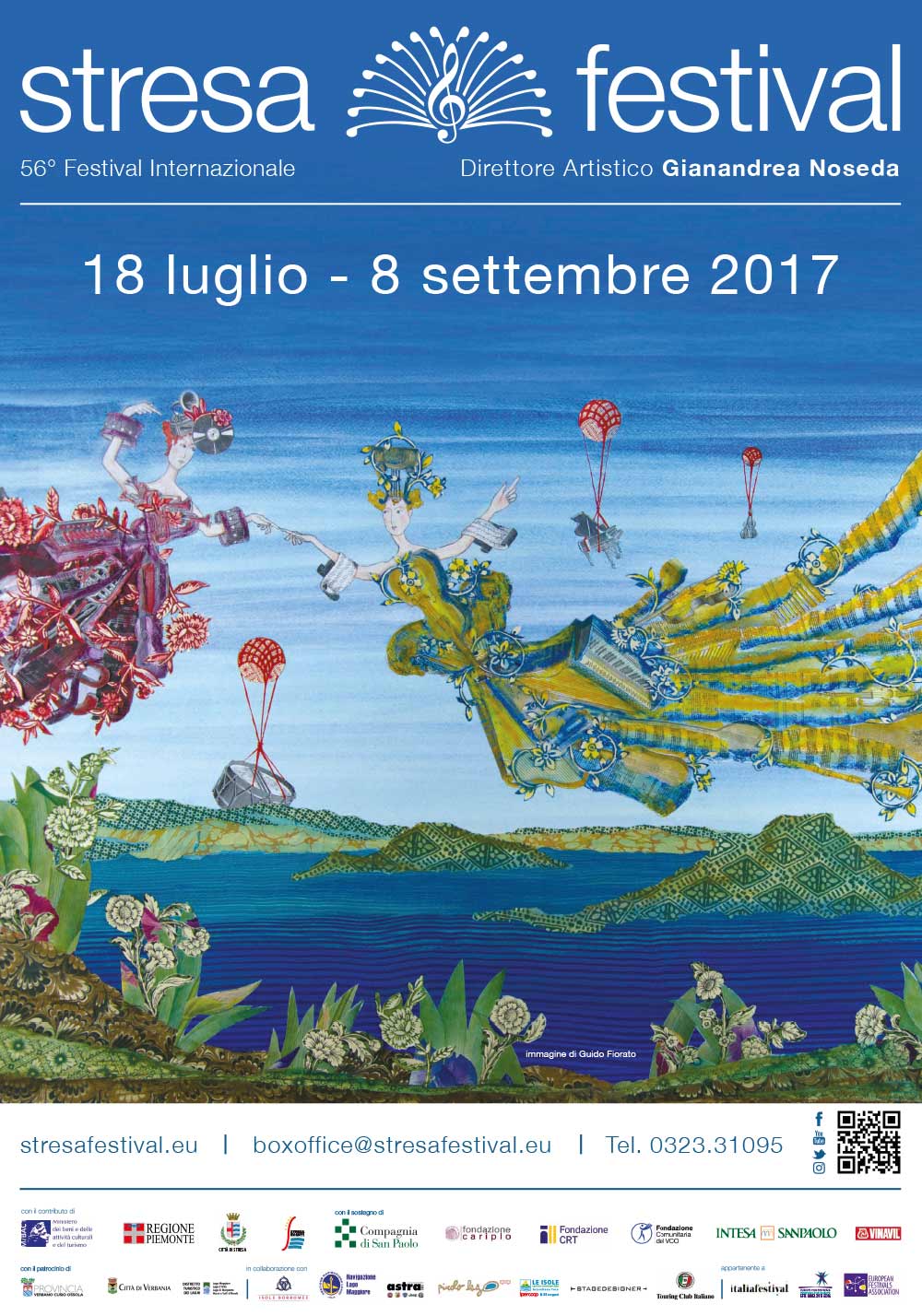 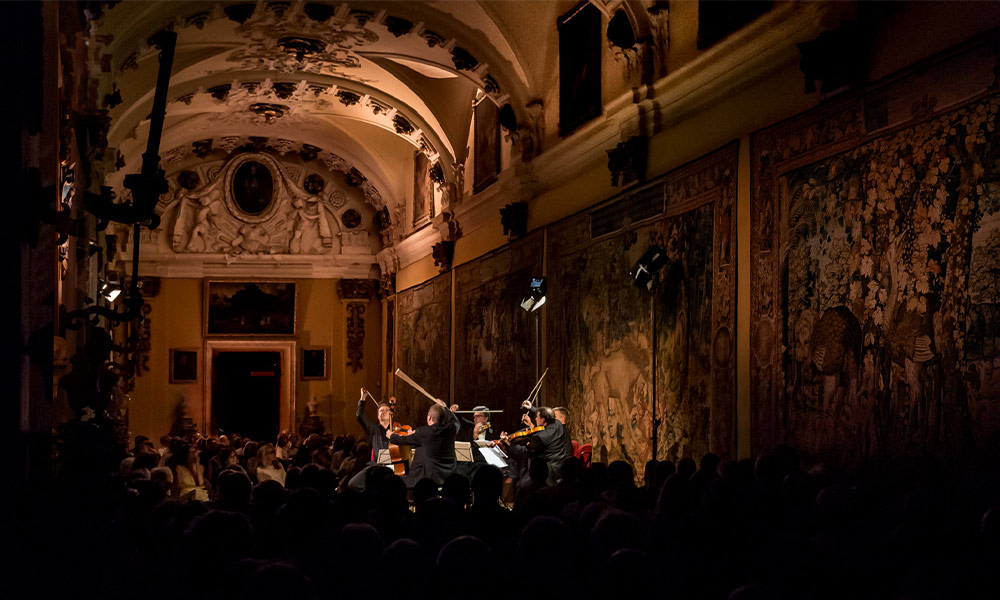 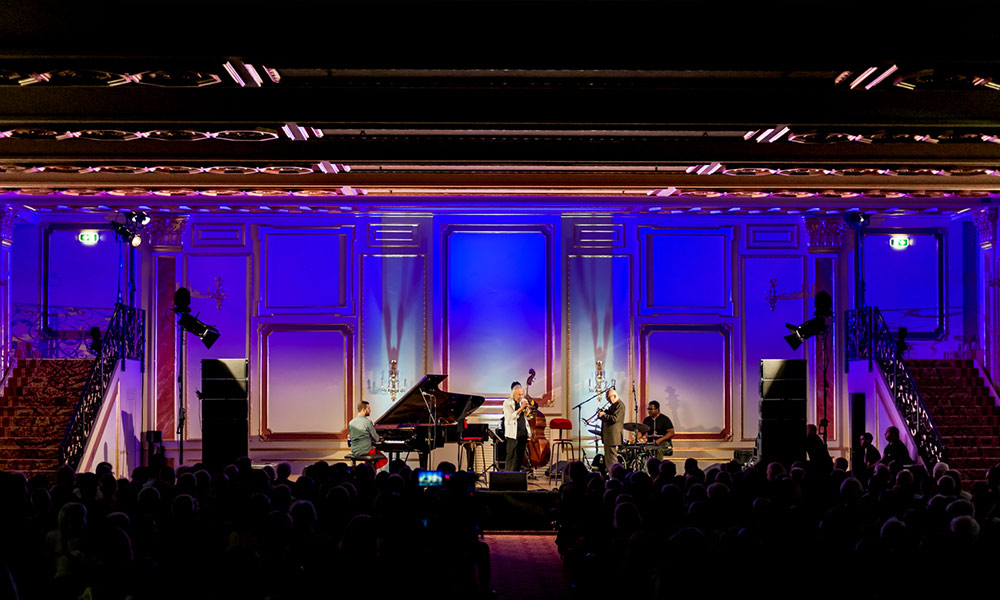 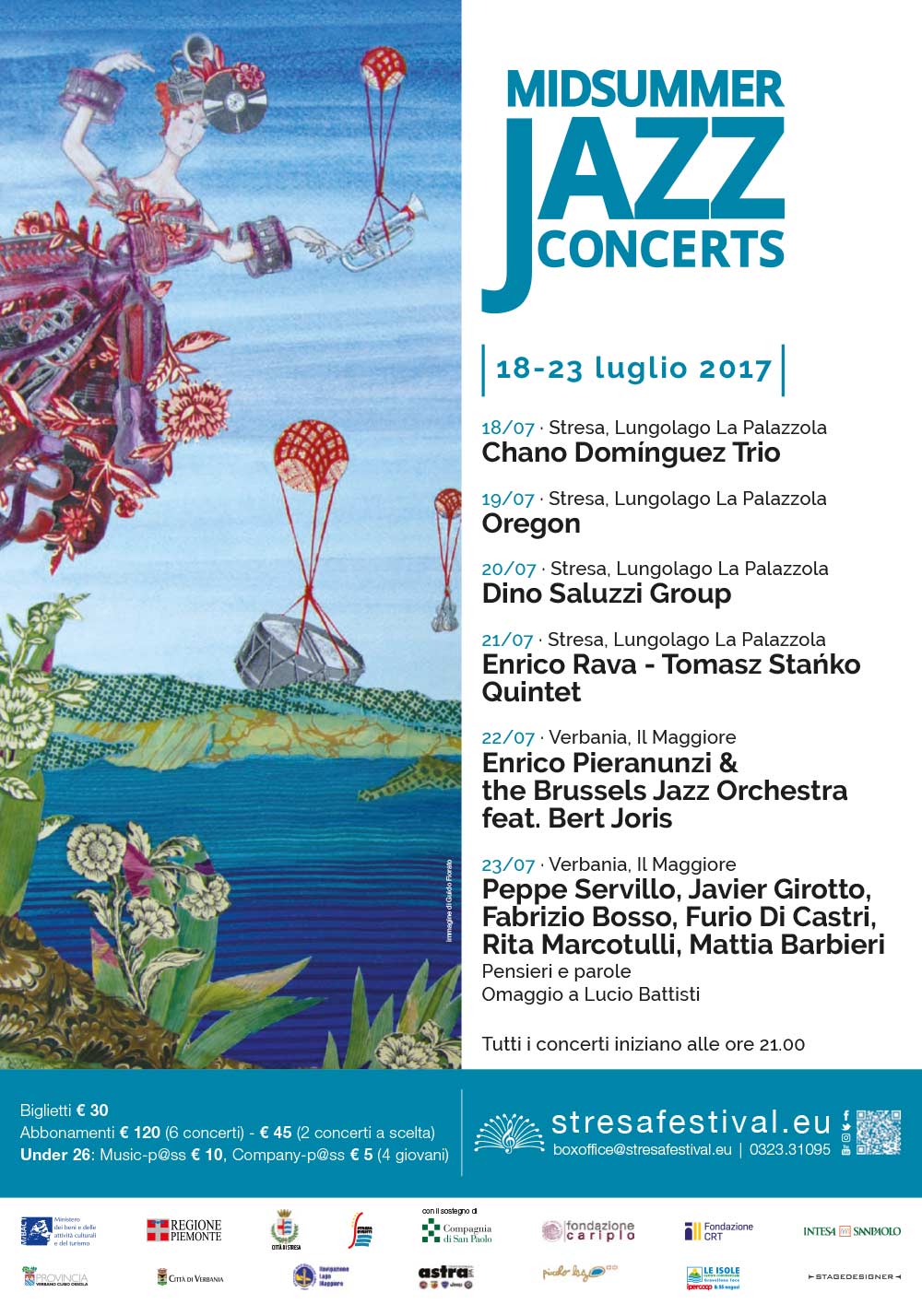 Music joins hands with the theater, dance, literature and the visual arts

From 18 July to 8 September

This year’s 56th edition of the Stresa Festival offers no less than 26 appointments, all linked by a single main theme, so exciting you won’t want to miss them! The most important festival on the shores of Lake Maggiore, while focused as always on music, opens up to new forms of expression each year and this year it blends various disciplines – theater, dance, and multimedial effects, projecting the originals of old films. A completely fresh new item in 2017 offers encounters with well-known Italian writers.

This is all gathered under the magic banner of music – always the main feature of the Festival – presented in stunning historic settings that will arouse the thrill and emotion of entertainment in exclusive sites opened specially for the Festival. Music, dance, live and visual theater are all site-specific events in the Stresa Festival’s novel artistic program for 2017.

More than 400 artistes will perform this summer, not just in the music, though music is the thread leading through the whole ample program. It is divided as usual into three parts: the Midsummer Jazz Concerts, Meditations in Music, and the main schedule, which Gianandrea Noseda has called ‘Encounters’. This is his 18th year as Artistic Director of the Festival.

Encounters and Meditation in Music

Three of the 20 Encounters are projects commissioned directly by the Festival, and these world premières are going to attract wide attention. The very first is the inaugural concert on 23 August at the Stresa Congress Palace, when the Sanpapié dance and theater company, which performed last year too, will put on its latest production, representing Stravinsky’s Histoire du soldat in dance, with the voice of Valter Malosti, a producer, actor and visual artist, who studies the ‘transversality’ of the arts. The Stresa Festival Ensemble that first evening will be conducted by Duncan Ward. This concert will start with songs by De Falla and Berio, with the soprano Alda Caiello.

On 26 August at the Maggiore in Verbania, we shift to the shadow theater: Hamlet op. 32a (incidental music by Shostakovich) presented by alTREtracce, a Turin company that focuses on the fusion of various theatrical techniques with shadow theater. This evocative ‘dream language’ is backed by the voice of Olivia Manescalchi with Monica Luccisano’s drammaturgy and the Stresa Festival Orchestra conducted by Daniele Rustioni.

In another theatrical encounter in Stresa on 31 August Francesco Frongia and Ferdinando Bruni, both well-known producers on the contemporary theater scene, present Mussorgsky’s Pictures at an Exhibition, against spectacular new scenography. The pianist Alexander Romanovsky will introduce the evening with music by Schumann.

Then, of course, the big orchestras will be back on stage at the Palazzo dei Congressi in Stresa. A new arrival is the Tonhalle-Orchester Zürich which on 27 August, with the pianist Francesco Piemontesi, offers a program of music by Brahms, Grieg and Elgar under the baton of Lionel Bringuier.

Gianandrea Noseda will be back at the Festival in the first week of September, conducting two famous symphony orchestras. The London Symphony Orchestra, where he has been Guest Conductor since 2016, is here for the second year running, in response to widespread enthusiasm, with a program centered on Russian composers, Prokofiev and Tchaikovsky, accompanied by the accomplished Georgian pianist Khatia Buniatishvili.The Filarmonica Teatro Regio Torino orchestra will close the 2017 Festival, with Enrico Dindo, a refined cellist who has often played at the Festival, in a program of Bach, Shostakovich and Beethoven.

Made in Spain explains two novel projects centered on flamenco music and dance. The first, to be held in the Regina Palace Hotel, is dedicated to Scarlatti, and the stars of the evening are Juan Manuel Cañizares, well known as a flamenco guitarrista and composer, alongside Juan Carlos Gómez on the guitar and the dancers – bailaores – Charo Espino and Ángel Muñoz. For the second evening on this theme, at the Maggiore in Verbania, Fahmi Alqhai will conduct the Accademia del Piacere, an ensemble founded and led by him, with Arcángel, a widely appreciated singer – the cantaor. His dancer – baile – Patricia Guerrero comes from Andalusia.
Another arrival from Spain is the pianist Chano Domínguez who, with his jazz trio, will open the Midsummer Jazz Concerts. He recently appeared in a very successful Italian RAI 1 television program, entitled “L’importante è avere un piano” (The main thing is to have a plan), with Stefano Bollani.

The Festival’s ‘site-specific’ concerts have become a fixture. On 25 and 16 July the Eremo di Santa Caterina del Sasso, once a hermitage and monastery, will again host J.S. Bach’s suites for cello solo, to be played this year by the German cellist Maximilian Hornung.

The Loggia del Cashmere on the Isola Madre with its incredible garden and the sumptuous Salone degli Arazzi on the Isola Bella open their doors to three splendid concerts. On 24 August Sergei Nakariakov’s trumpet and sax- or flugelhorn will dialogue with the Gershwin String Quartet in the Loggia del Cashmere. On 5 September the Salone degli Arazzi will host a string quintet with Marco Rizzi and Gabriele Pieranunzi, violins, Simonide Braconi and Francesco Fiore, violas, and Enrico Bronzi, cello. Then on 7 September the Khachatryan brothers, Sergey on the violin and Lusine on the piano, close this series of encounters, with a program of Mozart,  Prokofiev and Schumann.

And there is plenty more to come!

J.S. Bach’s Sonatas and Partitas for violin solo will be played by Kristόf Barati, in the Chiesa di Sant’Ambrogio, along the lakeside at Stresa; the whole series will be divided up over two days, 29 and  30 August.

On 6 September, in the same church, Giulio Prandi will conduct the Ghislieri Choir & Consort, renowned for their studies on music of the 1600 and 1700’s, to mark the 450th anniversary of Monteverdi’s birth.

On 27 July, in the Chiesa Vecchia in Belgirate the Van Kuijk Quartet, winner at the Wigmore Hall 2015 string quartet competition, will play music by Haydn, Janáček and Ravel.

On 1 September, at the Rocca Borromeo overlooking Angera, Teodoro Anzellotti will play music by Rameau, Hosokawa, Berio and Bartók on his accordion.

A complete novelty this year are the literary encounters. On 28 August Maurizio De Giovanni will meet his readers at the Villa Ponti in Arona, and on 4 September Erri De Luca will be in the Regina Palace Hotel. These evenings are centered on how these authors relate to music, and what role music plays in their lives and writing.

In six concerts in the third week of July, from Tuesday 18 July to Sunday 23 July, jazz returns with all its energy and vigor to grasp you with its fascination. For the appassionati who have followed this series year after year – and for new listeners who want to hear what it’s all about – the sixth edition of Midsummer Jazz Concerts will surround you with musicians admired in Italy and throughout the world, in concerts alternating between the Lungolago La Palazzola in Stresa and the Maggiore in Verbania.

Since 2016 the Compagnia di San Paolo has nominated the Settimane Musicali di Stresa Association as an outstanding example of excellence in the panorama of live entertainment.

The ticket office at the Festival offices in via Carducci 38 – Stresa (VB) opens on Tuesday 18 April.

Single tickets and subscriptions can be purchased by telephone using the number 0039 0323.31095 or by email writing to boxoffice@stresafestival.eu.

Our promotion scheme for young people Under 26 continues: tickets cost €10 and €5 for groups of at least four young people.

Prices, facilities and advantages for subscribers are illustrated on the site.

Prev project Next project
Scroll up